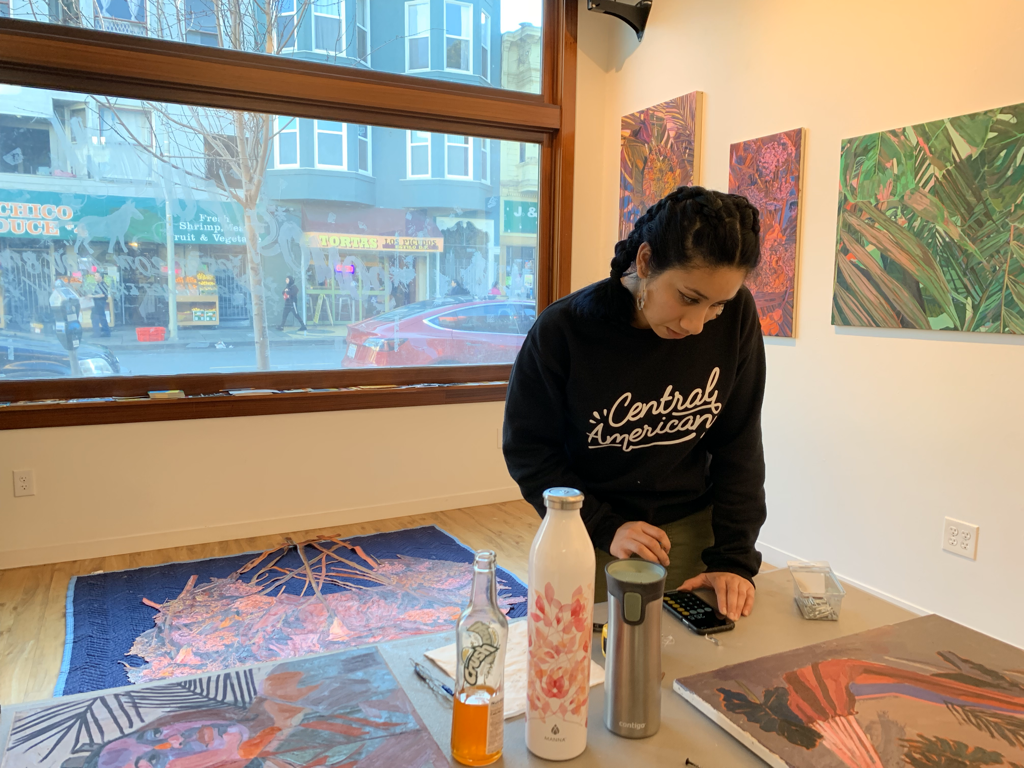 Kiara Aileen Machado was born in 1993 in Lynwood, California. She received her BFA with honors in Painting and Drawing from California State University Long Beach in 2018.
Machado’s cultural background as Guatemalan and Salvadoran is central to her work. Through this cultural framework, her work explores the complexities of intersecting identities and Central American diasporas in Southern California. Her work is critical of Mexican hegemony and strives to actively create a platform for Central Americans.

Her body of work brings into question the absence and exclusion of Central American folx from mainstream U.S. and Latinx narratives. Mainly working with oil on canvas, Machado combines cultural imagery and a diverse selection of plants with a vivid color palette. She obscures and camouflages the figures into the surrounding environment to create a narrative that highlights marginalized communities.